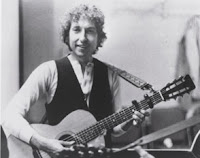 Stamford’s Avon Theatre is the spot for the Twifties Pre-Party before the rock and roll movie of “Bob Dylan and The Band,” Wednesday, August 1. The movie is the fourth in the “legends of Rock Live” series by film archivist Bill Shelley. Previous movies in the series have highlighted The Doors, The Grateful Dead, and The Allman Brothers.

Lauren Traub Teton of Pound Ridge, NY is the impresario behind the party and the creator of “Twifties” the fun people around age 50 and up. “I have been to the first three “Rock Live” films at the Avon,” says Ms. Teton, "and I have noted that it is an attractive and interesting-looking crowd of people who I would love to get to meet, and who seem like they would enjoy knowing each other. But at a movie, there just isn’t time. So I approached the Avon Theatre with the idea of throwing a little party before the film, and they jumped at the idea.”

The Twifties party at the Avon, 272 Bedford St, Stamford, CT is from 6:30 until 7:30, when the movie begins. Party admission is free with a movie ticket and all ages are welcome. Food will be supplied by Shelly's On the River Bar & Lounge and Spice Affaire Restaurant at the Hampton Inn and Suites at 26 Mill River St. in Stamford. The restaurant warmly welcomes the Baby Boomer and Twifties crowd.

An Avon Theatre membership table will be set-up at the event. New members will save $5 on the tickets and have a choice of membership gifts supplied by Twifties, including the Twifties Festival Kit which keeps the user’s water bottle handy in a sleek black shoulder bag with pockets for phone and keys.
Party attendance is limited due to space so participants should RSVP to Lauren@Twifties.com. Other Twifties events such as the Twifties Table at Whole Foods, can be found listed at TwiftiesCalendar.com and shown on this blog at http://twifties.blogspot.com/2012/01/twifties-table-whole-foods-market.html.

“The Twifties Movement” as she calls it, was started because Ms. Teton feels that the fun people of the Baby Boom are the bulls eye of the target of the consumers in this age group, and are not being catered to by advertising, marketing, or product design. “We control trillions of dollars in disposable income but are not pictured in ads for fun products like skis. But Toyota has leapt forward  and is totally ‘getting it’ in their new Venza automobile campaign showing baffled adult children who think their parents are dull or sleeping while the parents are out mountain biking and going to late night parties!”

Ms. Teton looks ahead to having a website and an app where active Twifties can meet by zip code and find activity companions who enjoy the same pastimes, for examples:skiing, snowboarding, kayaking and music shows. She is looking for tech and business partners who can help make it happen. Twifties.TV is her video channel online filled with videos of fun trips and tips for Twifties. Twifties is putting together a “street team” of activists to help spread the word and is looking for a few volunteers to help out at this party. Contact  Lauren@Twifties.com.
Posted by Lauren Traub Teton at 8:07 AM